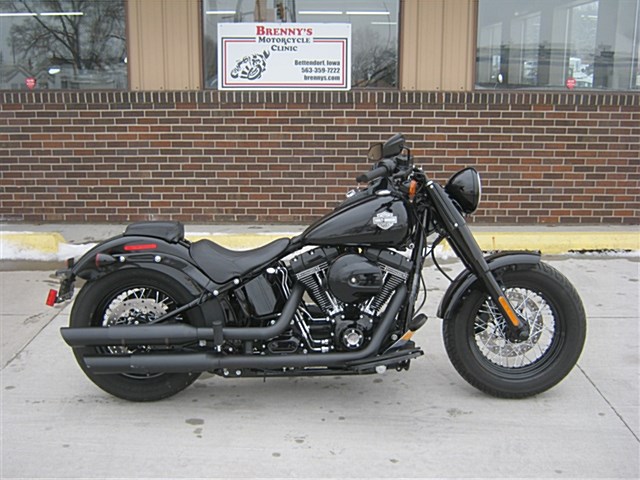 Only 6,154 Miles on this one, It is clean!!! The Softail Slim "S" kick the traditional 103ci air-cooled power plant to the curb and grab the gutsy 110-inch engine previously only available in the much more expensive CVO models or via the aftermarket.   This twin-cam, air-cooled beast puts down 109 pound-feet of torque at 3,500 rpm, a gain of almost 8 pound-feet over the 103ci engine, which is a little shy of what this displacement does in the actual CVO models. But that’s just what the specs sheet says. In person, the big engine proves to have a nearly bottomless well of torque that is impressive in the (relatively) light Softail chassis. Grunt everywhere, terrific throttle response, and it’s even pretty smooth thanks to twin counterbalancers, which have been part of the TC-B engine series since 2000. Other cool things about the Slim S is that it includes a hydraulic clutch and Stage 1 high-flow air cleaner.  Dynamically, the Slim S is your basic modern Softail, with low-slung, half-moon-shaped footboards waiting to kiss the ground and a single front disc that’s just works good,  then add an effective ABS system.  Cruise control, and security system is also on the Slim "S".    The Slim's sense of balance, low seat, and predictable steering make it a low-effort ride. And then there’s the new power, which delights every time the light turns green.