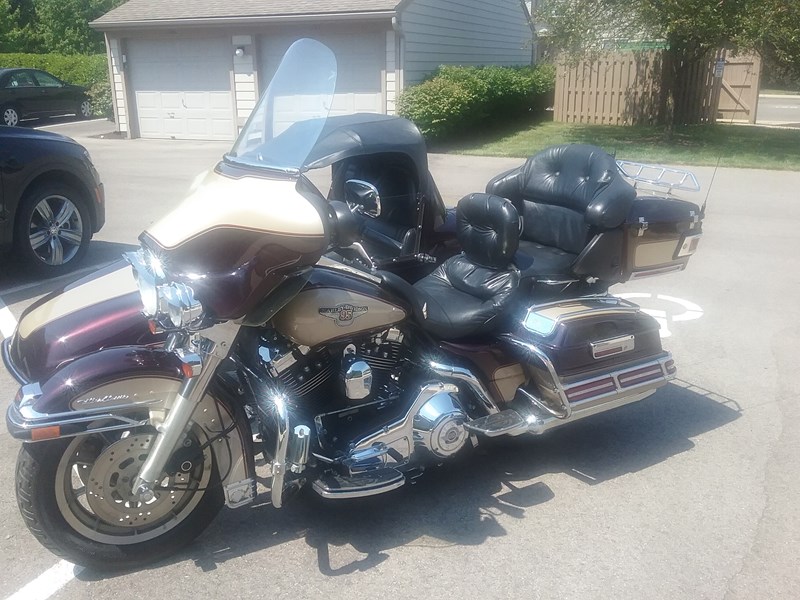 For the true Harley Davidson collector, this is a once in a lifetime purchase. This 1998 Harley FLHGT celebrates their 95th Anniversary and it’s numbered 138 of 3000. You will not only get the original anniversary paint (Red & Ivory), which was a factory option, but this Harley is being paired with a two person California side car with the same colors.
It has 30,675 original miles and just over 2,000 from that figure was put on to break in an Axtell BIG BORE which was installed in August 2017 after a complete engine rebuild.
The side car has seat belts, a vinyl top and trunk storage. Both Motorcycle and sidecar have waterproof covers.
You have to see it to believe it. Please only serious inquiries.
Asking $18,750.00