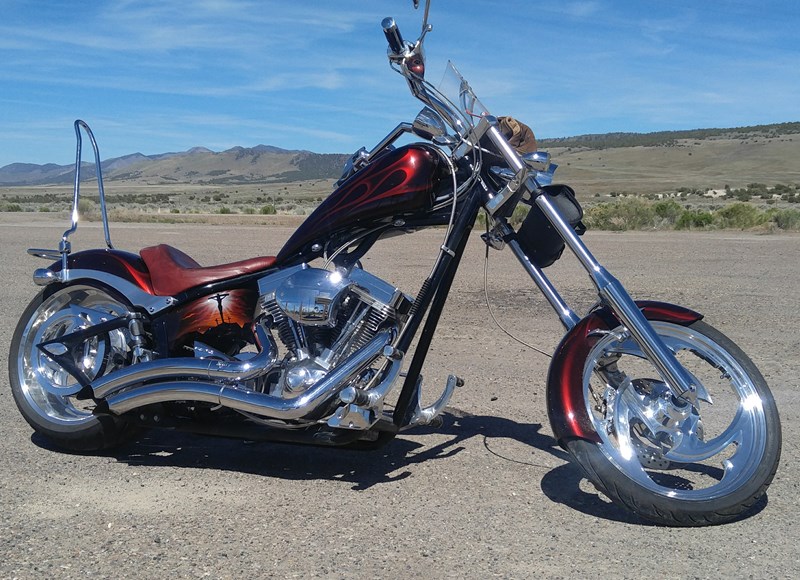 We purchased this 4 yrs ago with about 4,000 miles on it and it's currently at 8,300. I changed tranny and engine oil after getting it home but didn't check the primary thinking it had to be fine. We headed out on a 2700 mile trip but about 600 miles into our journey the clutch started acting wrong. I discovered that there was no oil in the primary and I ended up replacing the entire clutch assembly and primary chain. This bike came from the Phoenix area which is very hot and and might have led to the drive belt weakening because the next summer my drive belt started separating so that all got replaced to include both pulleys. Last spring the mainshaft broke due to a nut that came loose, the mechanic said it was a known factory issue but said he fixed it correctly so that will never happen again. We also had the paint done and had both seats redone with gel inserts for more comfort. The forward controls have been extended, I have the rear fender support for no sissybar, it has the windscreen and I even have a small flat extra gas container for areas where no gas is available. And we have a soft snug fit cover for storage in between rides. Seats can be darkened by using neatsfoot oil. And I recently put new tires on the front and rear. This bike is awesome and rides great. I'm only selling it because we live in Central Nv and it's too far to get anywhere cool to ride plus we need a new SUV more than our bike which doesn't get used very much. And of course you probably already know this has the 117 cubic inch motor, and Baker 6spd tranny.  The tool bag is full of all the basic stuff you need and can go with the bike. Everywhere we have ever gone this bike gets lots of attention because it is absolutely beautiful, especially in the sunshine. And feel free to make an offer, all offers will be considered. And my wife said maybe you shouldn't say anything about the repairs but I think you should know all these issues have been addressed. Other than the motor which is awesome and flawless this bike is in superb condition. It's really in almost brand new condition. The guy that did the tranny repair in Reno said it was the nicest riding Big Dog he'd riden when he test rode it. I really wouldn't even consider selling it if I didn't need to at this time in my life. We've invested over 10K since we bought it and I'm gonna lose a lot of money but that's just the way it goes. The black picture is what we saw when we looked to buy it. And I have many pictures to share if you are interested. I look forward to talking to you about the history.